LUNC Price Prediction – Where to next?

The LUNC token has been trading in an incremental uptrend over the past couple of weeks, leading investors to believe that they might be in for a bullish run from the token. How true is this? Let’s find out.

What Is Terra Luna Classic (LUNC)? 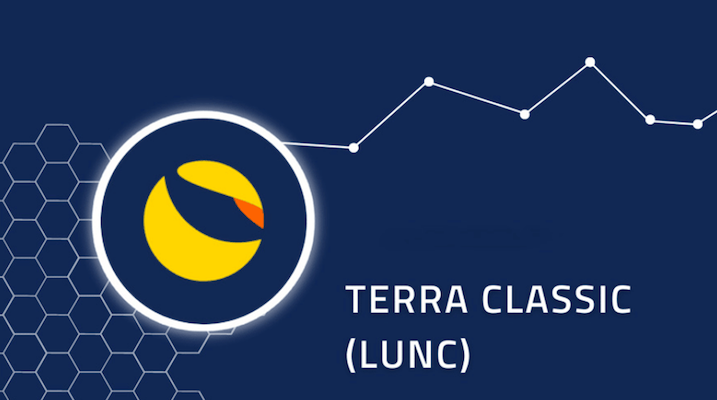 The blockchain used a dual-token system of LUNA and UST; LUNA served as the network’s staking and governance token, allowing users to participate in governance, become validators, and receive incentives. On the other hand, TerraUSD (UST) was a stablecoin pegged to $1 using a series of algorithms involving LUNA.

The value of the algorithmic stablecoin was determined by an underlying system of rules and smart contracts. In May 2022, the Terra ecosystem collapsed as UST de-pegged from the USD. To revive the project, Kwon devised a resurrection plan and the blockchain underwent a hard fork, creating the Luna 2.0 network. The old LUNA token was rebranded as Terra Classic (LUNC), while a new LUNA token was created within the new chain.

The project abandoned the use of the algorithmic stablecoin and now focuses on being a decentralized stablecoin used globally for everyday purchases. The Terra token is now pegged to multiple major fiat currencies, including the IMF SDR, and is secured and stabilized by the Luna token.

Where Does LUNC Come From?

LUNC was launched in 2019 and had a relatively stable value that fluctuated between $0.2 and $1.3 until April 2021. Before the crypto market experienced significant growth in mid-2021, where LUNC’s value began to soar, reaching almost $100 by the end of the year. 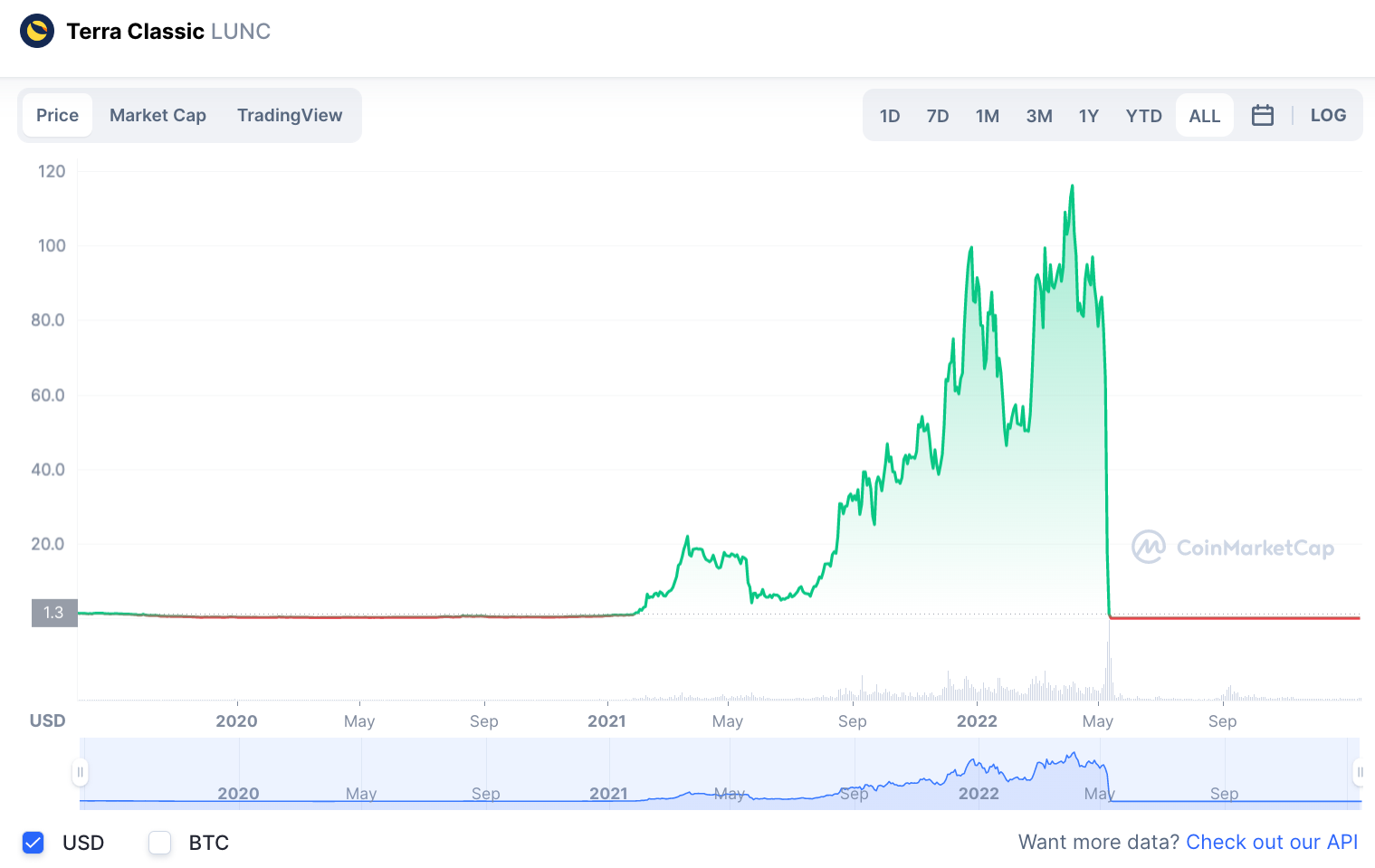 As of press time, LUNC’s value was trading at $0.0001878. The market as a whole lost around $45 billion in the week following the Terra collapse, and Terraform Labs and its co-founder, Do Kwon, were fined $78.4 million in corporate and income taxes by the Korean National Tax Service.

In May 2022, the network launched a new version of the cryptocurrency, LUNA, which has caused many users to switch from LUNC. However, following the crash in May 2022, the market capitalization of LUNC has been fluctuating between $300 million and $1.5 billion. Also, after the collapse of another cryptocurrency, FTX, earlier this year, LUNC’s market capitalization dropped from $1.5 billion to $1 billion.

The South Korean government is now seeking to revoke Kwon’s passport and has issued an arrest warrant for him and other members of the company. Despite these developments, Kwon has stated that he is not on the run and that the company is cooperating fully with authorities. The collapse of LUNC and Terra USD has had a negative impact on the overall crypto market, leaving LUNC particularly vulnerable.

Terra Luna Classic, also known as LUNC, is currently in a bearish trend and has been trading within an ascending triangle pattern, attempting to reach an interim resistance level. Despite facing rejection multiple times in the past, the price has dropped to a lower support level and it is believed that it will continue to face rejection in the future.

Despite this, breaking through these resistance levels may result in an upward trend towards $0.0002. However, the bears appear to be dominant at these levels and the price trend may instead drop towards the resistance turned to support levels at $0.00018. 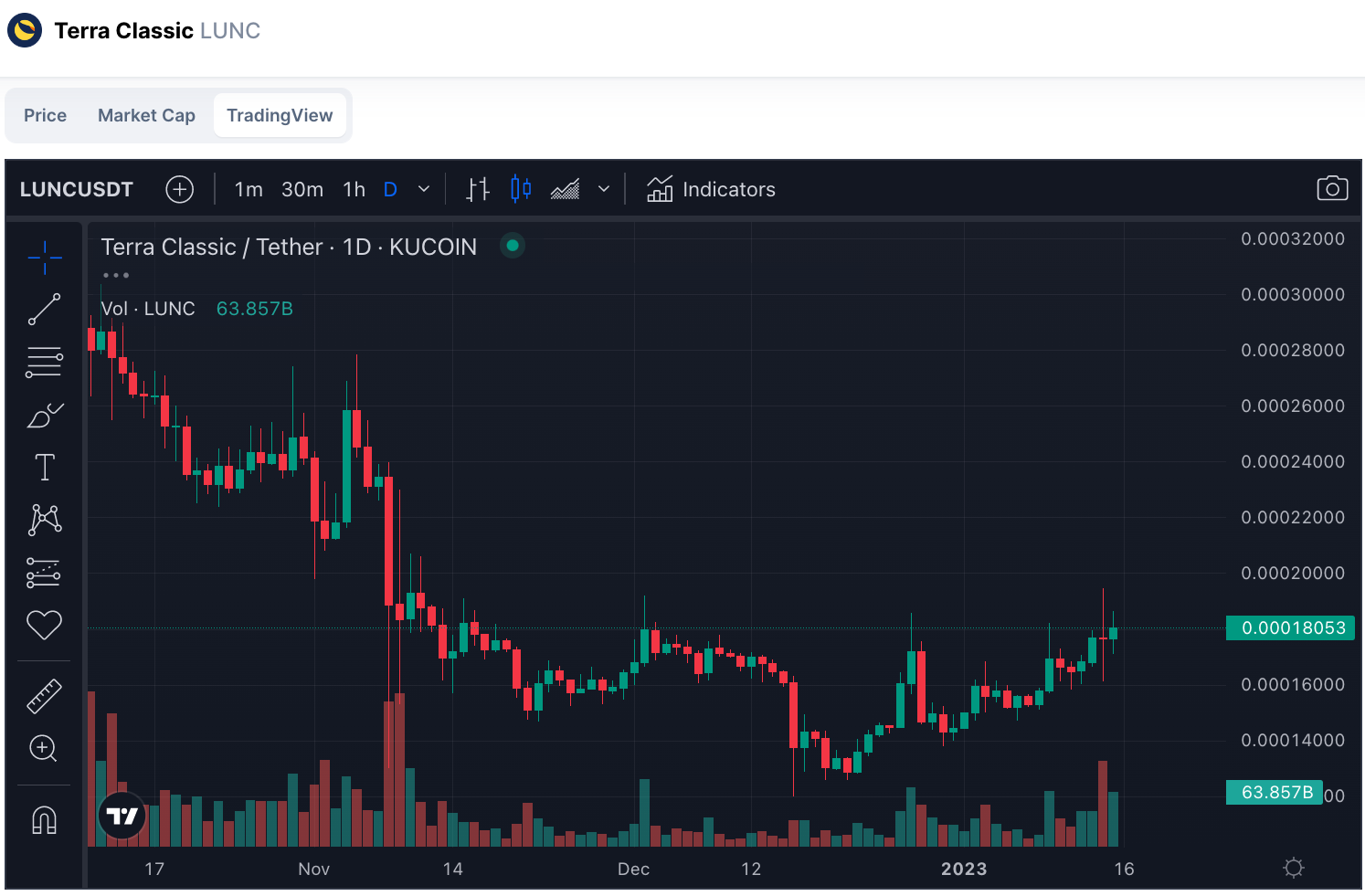 On-chain analysis of Terra Classic shows that the development activity of the platform, including fundamental progress and network updates, has dropped significantly and may be a bearish indicator for the trend to continue. Additionally, social dominance and total weighted sentiment towards Terra Classic are both low, indicating a lack of interest in the token and a potential negative impact on its price.

Technical indicators also show that Terra Classic is currently trading below both the 200-day and 50-day simple moving averages and signals a SELL. The Relative Strength Index (RSI) value is currently at 60.75, indicating a neutral market position.

The start of 2023 has been bullish for LUNC, after an underwhelming year, and it is believed that the price will continue to rise. However, the volume of trading has decreased, which could potentially impede the progress of this upward trend in the coming days.

The minimum and maximum predicted prices for LUNC in 2025 are $0.0089 and $0.028. This would suggest a relatively bullish outlook for the future of LUNC, with a potential for significant price increases. However, other predictions have a less optimistic view of LUNC’s future. Coinpedia forecasts that LUNC will trade at a minimum of $0.001094 and a maximum of $0.002846 in 2025, with an average price of $0.001776. This suggests that LUNC’s price may not experience as significant of an increase.

One thing that is certain, however, is that LUNC will not reach the much-anticipated $1 price target by 2025. This means that investors will have to hold on to their tokens for a longer period of time before they can expect to see such a significant profit. It is also worth noting that these predictions should be taken with a grain of salt, as the crypto market is highly volatile and predictions can change rapidly.

LUNC’s history doesn’t quite help establish its credibility over the long run, and therefore investors are looking at other options that potentially offer exponential returns. CCHG and TARO are among the few names floating in these conversations. 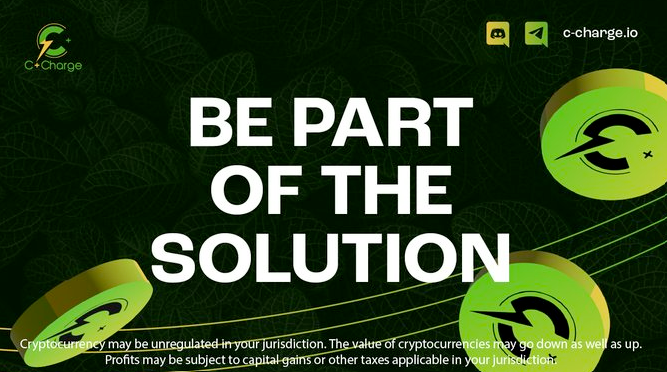 C+Charge is a blockchain project that aims to address the lack of infrastructure for electric vehicles (EVs) by providing a way to navigate a wide network of charging stations and a uniform payment solution using its native cryptocurrency, CCHG. The platform also rewards users with carbon credits for using its EV charging services.

The project plans to set up its own charging stations and collaborate with existing charging units worldwide, to create a standardized EV charging experience. Additionally, the team is looking to set up solar-powered charging stations to reduce the load on traditional power grids and ensure a more environmentally-friendly solution for EV charging.

The CCHG token is currently in its presale stage, with a target of raising $2 million. The project has undergone its KYC and smart contract audits and has announced a partnership with Flowcarbon, a blockchain-based carbon credit platform. 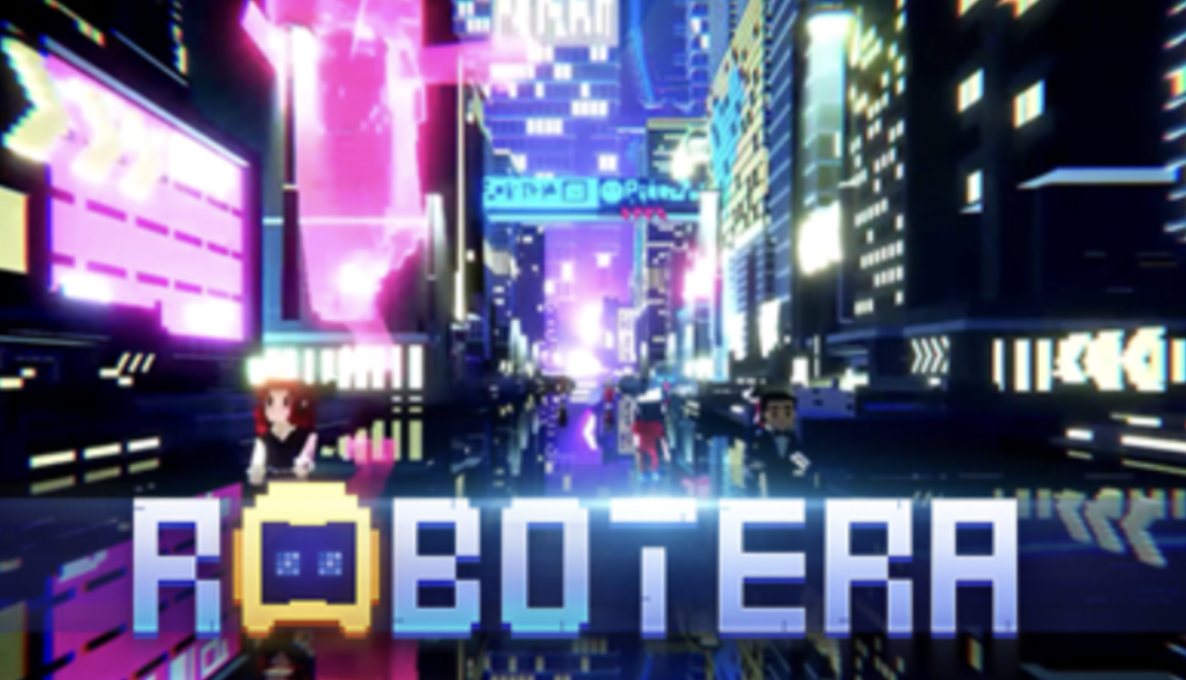 RobotEra is a new multiverse cryptocurrency project that allows players to immerse themselves in a virtual reality experience, where they get to become robots in the game and are tasked with rebuilding the world as they please. The game is a Sandbox-like planet-rebuilding metaverse where players can own land, rebuild the world of their creation, and earn an income from the secondary economy.

Along the way, players can own land, earn rewards, create their economy, design and release games, build structures, and interact with other players. TARO is the token behind the project, currently undergoing a presale. The current stage one price is $0.020 which will increase to $0.025 as the presale progresses to the next stage. Investors can purchase the token on the official website.

BTC Price Is Steady Above the $23K Support Level

Are Shiba Inu Whales No Longer Interested in SHIB Tokens?

Theta Price has Been Increasing Since The Start of The Year—…

Ganja Guruz Is Making Waves In The NFT World

BTC Price Is Steady Above the $23K Support Level

Are Shiba Inu Whales No Longer Interested in SHIB Tokens?

Theta Price has Been Increasing Since The Start of The Year— Which Way Is The Price Headed?