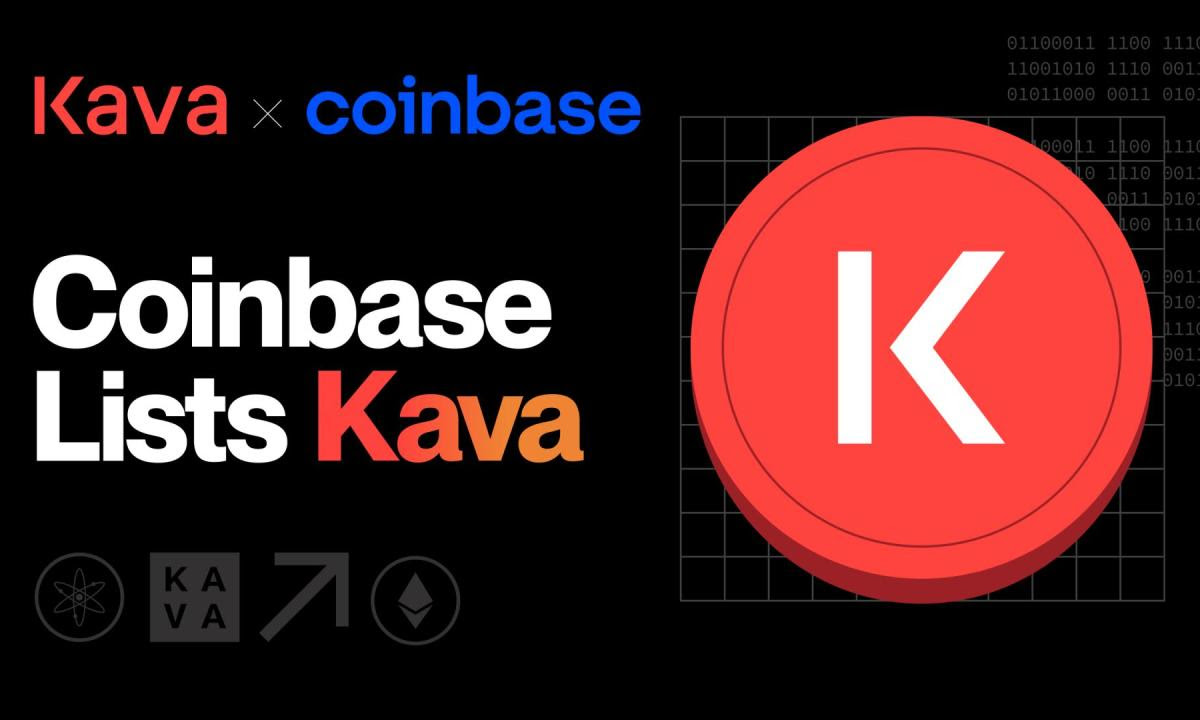 Coinbase, a leading cryptocurrency exchange, has listed Kava, which will help advance Ethereum and Comsos’ interoperability.

Following the listing, Coinbase plans to launch a massive Learning Rewards Campaign to educate its user base on how Kava is leading the world to Web 3.0.

Kava is a decentralized blockchain best known for combining the interoperability and speed of Cosmos with Ethereum’s developing power. Kava and Coinbase have a long-standing relationship that has seen Kava spend the last year building a deep integration with Coinbase to optimize the process for Cosmos SDK chains to integrate with Coinbase. These efforts are aimed at helping drive new liquidity to the Cosmos ecosystem.

Notably, Kava’s efforts have helped reduce the process of integrating Cosmos SDK chains to Coinbase to a single month from 12-18 months. In addition, Kava has also worked with Coinbase to make it significantly easier for Cosmos chains to list on the exchange to unlock liquidity for Cosmos projects, a major step aimed at driving the growth and adoption of the Cosmos ecosystem.

While commenting on the listing, Scott Stuart, CEO of Kava Labs, stated:

“It’s exciting to see Kava listed on the largest US-regulated exchange. Coinbase sets the standard as the most important on-ramp for new users and capital into the blockchain ecosystem. I look forward to growing Kava’s exposure to new users, which will have downstream effects for all protocols in the Kava Rise program and the Cosmos ecosystem.”

The Kava protocol is gaining popularity for providing maximum speed, security, and developer support provided by its Cosmos-EVM technology. Last year, Kava introduced an incentives program called Kava Rise, an easy 3-step program to get developers to launch on Kava. The program combines off-chain and on-chain growth mechanisms to set new standards for the growth and demand of Web3 protocols. Kava Rise has $750 million set to be shared among developers of top protocols every month based on usage. So far, over 50 protocols like Beefy Finance, Curve Finance, and Sushi have collectively brought more than $15 million in Total Value Locked (TVL) into the ecosystem.

Earlier this year, Kava took a big step forward with the release of Kava 12. The new version introduces a revolutionary new module called x/kavamint that enables any Cosmos chain DAO to have more control and flexibility over their emissions.

SEC lawsuit against Ripple may end by summer: Ripple CEO

China’s Automobile and Healthcare Amongst Sectors To…

Snowfall protocol pleases users with a working prototype of its…

BTC Price Rises as It Reclaims the $22.7K High

Will Genesis Bankruptcy Spell Disaster for Grayscale’s GBTC and DCG?