In recent months, the price of XDC has fluctuated a lot, but it now appears to be stabilizing. The long-term outlook for the Xinfin Network appears bright, notwithstanding this volatility. The current pricing is a bargain for investors willing to invest in a potential enterprise at an early stage.

The XDC coin serves as the XinFin hybrid blockchain’s underlying utility token. One of the platforms paving the way for highly efficient platforms is XinFin, an EVM-compatible proof-of-stake smart contract blockchain. In 2023, what will happen to the XinFin Network?

The project’s expansion is driven by the Xinfin Network team, who have a track record in both traditional commercial initiatives and blockchain development. It is well positioned for success in the future because of its distinctive approach to creating a successful decentralized platform and the high scalability of the Xinfin Network.

XDC is a cryptocurrency that serves as a settlement mechanism for decentralized applications (dApps) built on the XinFin hybrid blockchain. It aims to provide small to medium-sized enterprises (SMEs) with a secure and efficient financial platform for conducting business.

Early in 2017, the Xin Fin Protocol held its initial coin offering (ICO), raising $15 million and demonstrating a favorable reception from the market. The XDC coin was initially listed on AlphaEx in the fourth quarter of 2017.

It was then listed at a premium price on other exchanges such as KoinOK, Bancor, Etherflyer, and Forkdelta. Coinmarketcap listed the initial price of XDC as $0.0036 in April 2018. Until May 2020, when it reached its opening price, the price of XDC remained low. 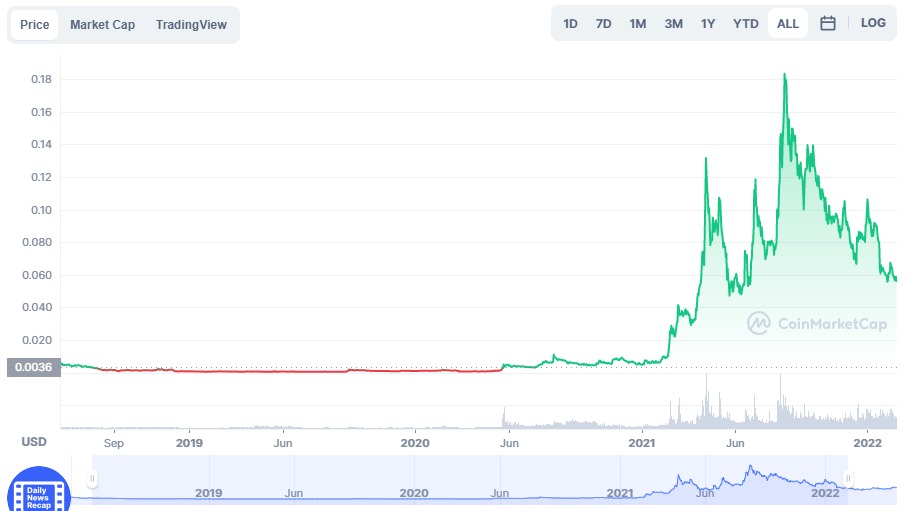 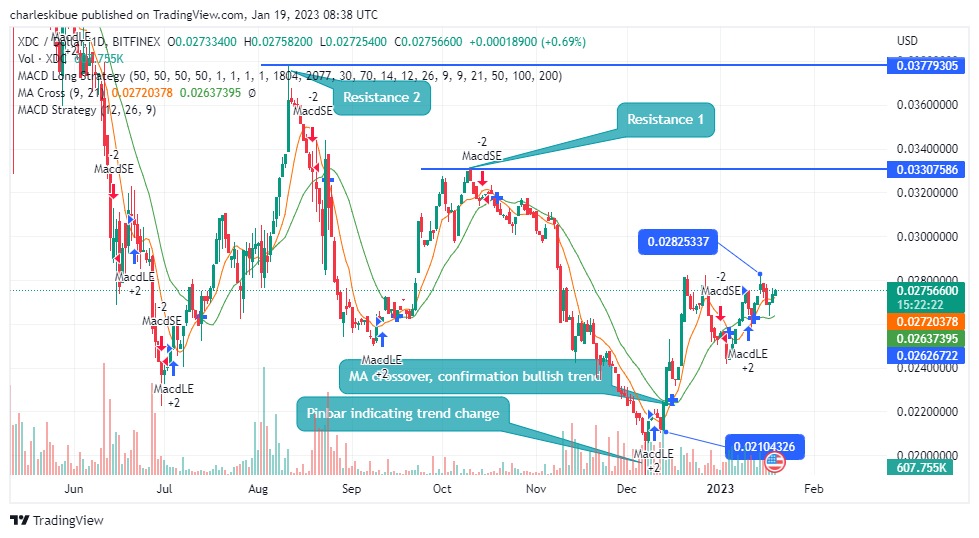 The daily chart shows that XDC is on the road to recovery after a long string of downward movements last year. The bullish move took it to another level, creating the bearish pin bar that left the market surging. The moving average crossover confirmation also gave it the go-ahead to continue rising.

However, XDC’s price has formed a double-top pattern at $0.028, indicating a change in market trend. But XDC seems adamant. Will it surpass the $0.028 mark? Should the price fall back, the most probable point it could fall to is $0.021. However, if prices keep surging, XDC might be meeting two probable resistances at $0.033 and $0.037, as indicated by the horizontal ray.

Our analysis shows XDC could surpass the double top mark after a short retracement. Based on the activities the coin is engaged in and the recent rise in price, we forecast a surge in the price of XDC to $0.035 by the end of Q1 of 2023.

Game Space Powers Web3 Gaming With the Launch of Player One…

Crypto Market Set To Heat Up In February! Here’s Why Snowfall Protocol (SNW), LTC, and ETH Are On Watch